Compass is a compelling new work produced by Sadler’s Wells Creative Learning department, Connect. It brings together an impressive creative team with a cast of over 100 dancers, including the critically acclaimed Company of Elders, students from leading dance schools and community groups from East, South, West and North London.Set to an original score composed by Hannah Peel and Donna McKevitt and accompanied by arresting visual imagery by film maker Tal Rosner, Compass shows us that although we live in one city, within that city can be many worlds, and as many routes to ‘home’ as we choose.Choreographed by some of Sadler’s Wells’ finest associate and visiting companies, including Jasmin Vardimon Company, Matthew Bourne’s New Adventures, Sidi Larbi Cherkaoui’s Eastman and Tanztheater Wuppertal Pina Bausch, this exciting performance promises to be a true reflection of the capital’s cultural diversity in its Olympic year.

Connect is the Creative Learning department for Sadler's Wells with a track record for producing innovative and imaginative projects. It aims to inspire and excite people about dance through its activities for individuals, organisations, schools and youth clubs.


Posted by Connect at Sadler's Wells at 15:06 No comments:

A lovely review in Stuff - The Stephen Einhorn Blog

Compass At Sadler’s Wells, 24 April
Posted by Connect at Sadler's Wells at 15:03 1 comment:

While the film is being prepared for the screening of Compass in June, we thought we should share some rehearsal photos and footage. More coming soon! 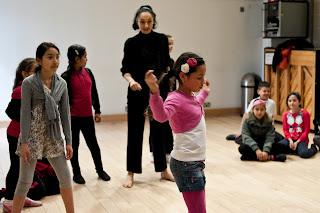 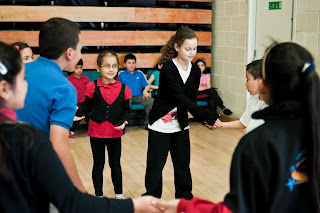 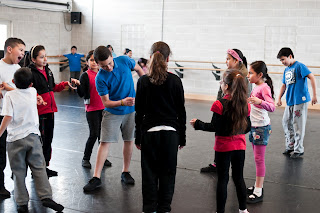 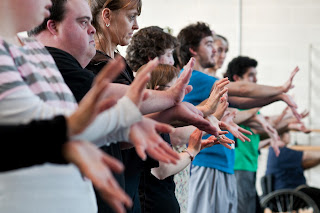 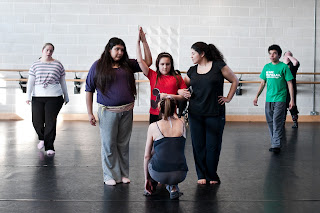 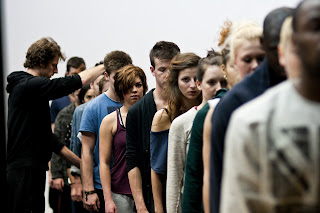 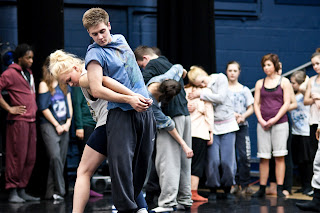 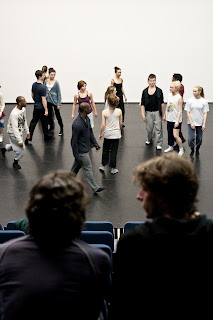 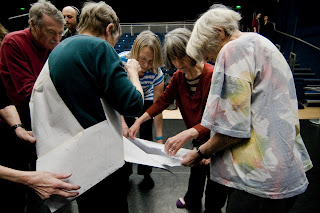 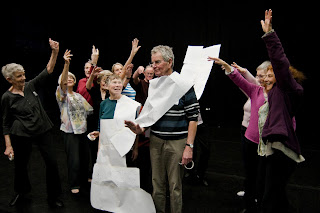 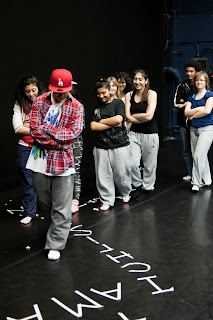 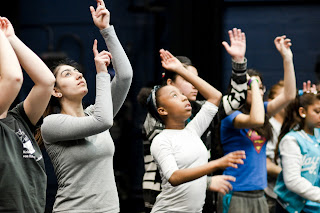 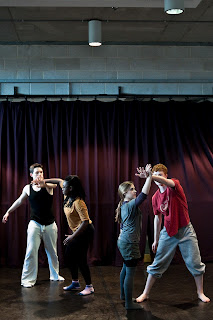 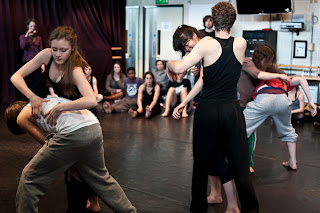 Posted by Connect at Sadler's Wells at 16:21 No comments:

Sadler’s Wells are delighted to invite all Compass participants to celebrate the success of Compass and to see the premier of the work on film.

Attendee’s must arrive at stage door at 3:00pm; the screening will start at 3.30pm and last approximately 90 minutes with refreshments and evaluation feedback groups and chats.

We really hope you are able to join us for this special screening.

Posted by Connect at Sadler's Wells at 12:10 No comments:

Review in The Spectator

Celebrating Identity, 5 May
Posted by Connect at Sadler's Wells at 17:35 No comments:

On Monday 26th March 2012 I, with some other Centre for Advanced Training and Vocational students, performed on one of the biggest dance stages in the world under the direction of the Pina Bausch Dance Company. We had spent all of the second week of the Easter holidays (2012) creating the piece with Felix Bürkle and Pascal Merighi. Together they structured and created the piece, along with the help from us! At first I was doubting whether it was worth a whole week of my time, but after the very first day I knew I had made the right choice. I was especially pleased with this piece because I got picked to have my own little bits away from everyone else on the stage. So not only were we performing on Sadler’s Wells stage, we had our own changing rooms which had the mirrors with the lights down the side, we got provided drinks and snacks, and we had announcements for the half and five minute calls for when we were to go down to the stage. It just made the whole thing more believable. It made me feel like a professional dancer. Felix and Pascal were amazing choreographers, but at the same time they would joke with you, would play games with you, talk to you, and if we had any other choreographer I don't think it would of been half as fun!

The performance went really well, I could not wait to get on the stage. I was a bit nervous, but not as much as I expected. As I took my first step I looked out the corner of my eye to see thousands of people watching us! It gave me my first taste of being a professional dancer, at the 's foremost dance venue and producing houses, and I hope it's not my last. I will miss everyone from Compass, but I will always remember Felix and Pascal!
Posted by Connect at Sadler's Wells at 15:22 No comments:

Compass, 26 April
Posted by Connect at Sadler's Wells at 13:09 No comments:

Its been a week since Compass was performed on the main stage. Well done to everyone involved. We hope you enjoyed the experience. It was fantastic to see months of work come together.

There is an opportunity for all of you to watch your performance on 23 April at a film screening next month. Details coming soon.


Posted by Connect at Sadler's Wells at 11:58 No comments:

The Austin and Hope Pilkington Trust